Conference – After Belonging – 9th of September 2016

“After belonging” is a rather intriguing title. It might be interpreted as a statement of facts, as a theme for investigation, or it might even be looked upon as a value system underlining the need for a sense of global belonging, downgrading the sense of local, tribal and national belonging.

I am invited to respond to the three inputs to the first session on Global Expertise –  interrogating “… the role of the architect within current processes of globalization. By addressing economic, ecological, and logistic networks, this first section questions previous understandings of global expertise and practice, and seeks a new frame of action and discussion.”

And I am invited to contextualize my comments in a Nordic perspective. 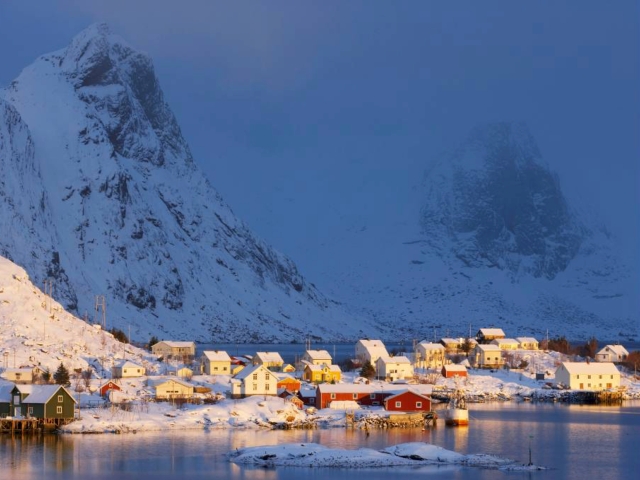 Transformation on a territorial scale is not new to mankind.

What is new might be the speed of events, and how demographical changes interact with climate change and different kinds of human advocacy, and with an exponential output.

That mapping is both a disciplinary and politically valid tool is not new either, but the digital and new media give us an overwhelming capacity to map both events and transformation processes.

There is a tendency to see the things happening as driven by forces comparable with gravity and therefore impossible to impose on or to control. Attempts are often seen as pathetic. We inevitably are led to believe that established collectives will be broken down, and that the future is to see ourselves as working and living in diaspora, hopefully governed by some kind of global order.

A North European perspective on this would be to stress the huge amounts of well-functioning cities and settlements: The sun is shining on local communities!

And even to state that;

Historically and empirically speaking the national state is the only political and territorial institution that has been able to provide both welfare and democracy.

There are 565 000 architects in Europe. The profession of architecture deals overwhelmingly with consultancy. The Architects Council of Europe publish statistics for the European Profession every third year. There are some astonishing facts in the 2014 editions:

Referring to the ACE president Luciano Lazzari 80% of the architects in the world are Europeans. An estimation of the building activity in 10 years’ time says that only 20% of the activity will happen in Europe. And by now when the east is more or less able to provide itself with consultancy, the new marked for architectural services are considered to be Africa.

Most of the architects -74% – are considered as one-man firms due to the fact that it is difficult to contracts for permanent employment. And the experiences of the profession is extremely locally grounded, only 5% of the European Architects did acquire commissions outside their own country

If we look at the schools of architecture in Europe they adapt to the situation not going in the same directions towards a global curriculum, rather they tend cultivate their own identities.

There has for a long time been an international marked for signature architecture. Prestigious urban planning was an international marked already a 100 years ago when the Chicago based Griffins won the competition for Canberra, the new capital of Australia. When Herreros designs Munch in Oslo he is a part of this marked, the same goes for Kleihus and Schuwerk designing the National museum and Aart Architects designing the museum of Cultural History out at Bygdøy.

But another category still does exist and even thrive:The local architect has a role like the local dentist. Knowing the morphology of all local client’s teeth, repairing old and inserting new teeth.

And sometimes this work takes on the character of what I have even heard being called “local war” – when the effects of globalization forces have to be challenged. 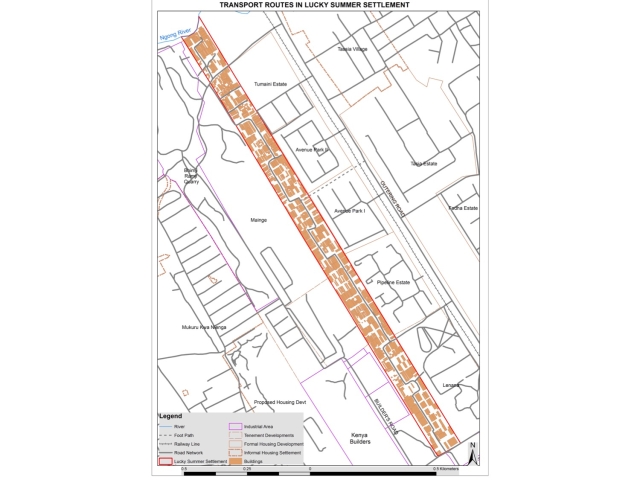 These forces have been most notable in the fast growing cities. The map shows the lucky summer area in Nairobi. Made for people pouring into the city from the countryside becoming lower middle class in and area developed by international property and designed by international consultancy.

This is not slum, its ordinary and legal urban development. And the picture might be used to address the question of the role of the architect in the current process of globalization.

Very informative and beautiful mapping has been done on African cities, by American Universities and published by Dutch publishers.

I have been supervising10 PhD students working on East African cities and might even be considered as representing some kind of global knowledge on the subject.

But if you should really be able to act as an architect in these areas, you have to be part of the local culture, you have to know the terrain, the language and swim like a fish in the water – to use concepts from guerrilla warfare. That is if you intend to make a difference and not limit your actions to deal with some kind of temporary stunt coming out of architectural tourism. 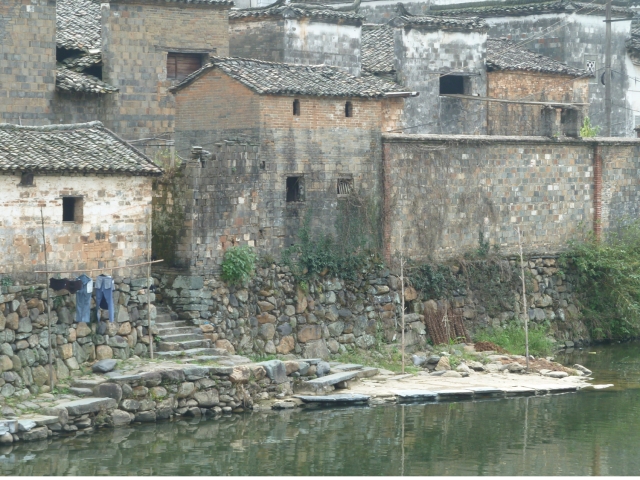 You might not all be familiar with this fact, but some of the most fundamental and scaring transformation processes are happening in the countryside. Scary because they to such a degree is affecting food production and basic ecosystems.

China has around a million villages. The situation in the countryside has opposed to the Chinese cities been relatively stabile – not taking into account the villages has supplied the vast amount of floating population working in the Chinese cities. 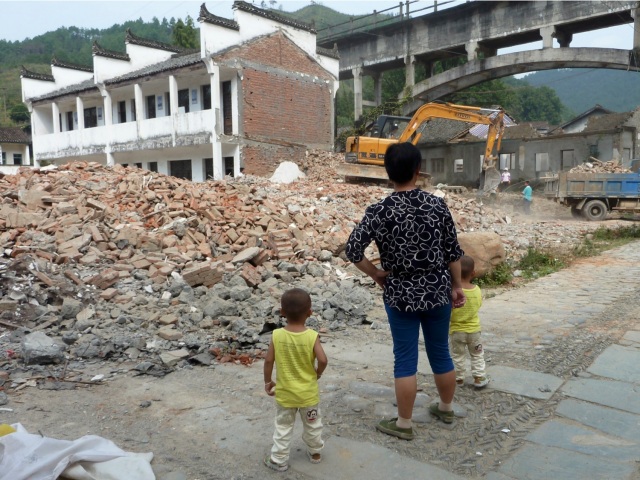 Here is grandmother with the twins watching the village being torn down. (Her daughter and mother of the children is a part of the floating population in Hangchow) Grandmother is well off, both she and the twins are relatively expensively dressed.

But both she and the photographer are witnessing a fundamental structural change. Obviously in the architecture, she will move into a property development close by. Bu she is also witnessing the ongoing demontage of rural systems, ownership and agriculture.

These are problems that have to be discussed on a structural and political level, they are indeed being mapped, but are also a subjects to “local war”, and relevant for architectural practice producing alternative and influencing local government that in China actually is stronger than we think. 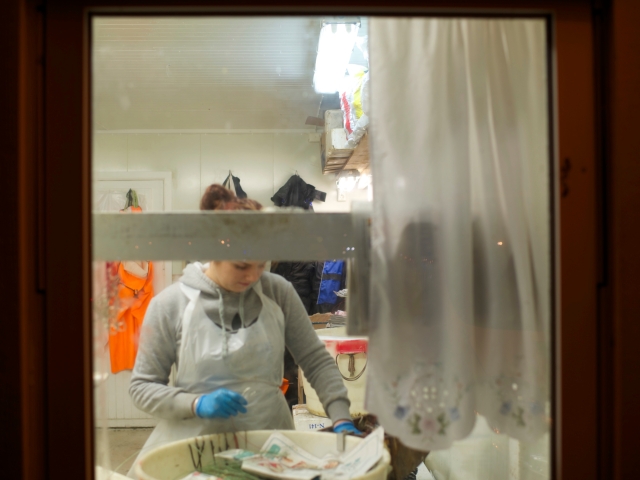 By now nearly all the labour force on land in Norwegian fisheries are recruited precariat from eastern Europe, This Lithuanian girl is angling cod-line with mackerel from January to April, for low pay and in a system with few labour rights. This floating work-force substitute what used to be a locally based industrial work-force. This does something to a local community.

Habitat is somehow falling apart as a consequence of the demontage of rural systems.

The architect in action –

For the sake of the argument-

My hero is the bold local architect, the dentist, taking part in local conflicts and challenges.